These Latin names are Greek to Me 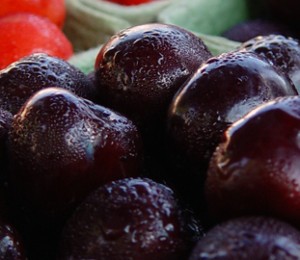 Prunus serotina (a/k/a American Black Cherry) timber is prized and highly sought by quality woodworkers of all stripes. It is widely used for paneling, veneers, counter tops and other specialty items such as gun stocks, tobacco pipes, musical instruments and more. Yes, I suppose it does produce the fruit that goes into  pies, jams, syrups and such but many varieties do. What sets the American Black Cherry (ABC) tree apart from its cousins is the simply gorgeous wood it yields.

(ABC)  is a hardwood with a deep reddish to golden brown heartwood and pale yellow sapwood.      (Link to McClure “wood overview” blog)    The wood’s color deepens to its characteristic reddish brown, almost mahogany-like hue when exposed to the sun. The sapwood never gets as dark as the heartwood. This wood accepts dye readily enough but  many feel that the best way to achieve a uniform deep red color is to let mother nature do her work rather than attempt staining.  It often shows a waving, or curly figure when finished.

Among cabinet makers, cherry is renown for its beauty, versatility, warmth, personality and charm. It  is easy to machine, glues well and when properly sanded, produces an excellent smooth finish.  It also has a fine, even texture with moderate natural luster. For all these reasons, cherry is one of the four favored woods at McClure Block. 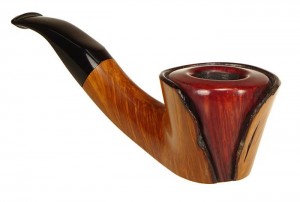 Valued by professionals and hobbyists alike

Cherry trees can live 250+ years but are fragile and prone to storm damage as well as caterpillar, butterfly and moth infestations which can also lead to fungal infestation.

There are over one hundred varieties of cherry tree, all descended from a single Eurasian ancestor.

Turkey is the world leader in cherry production, providing the world with over 480,000 tons of cherries a year. The United States is second.

Traverse City Michigan claims to be the Cherry Capital of the World, hosting a National Cherry Festival since 1925, however . . .

Those beautiful trees that Washington, D.C. is so famous for were a gift from the Japanese government in 1910. They sent 12 varieties totaling over 3000 trees. 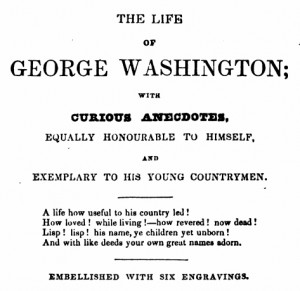 George couldn’t tell a lie but his biographer could and did.

George Washington never cut down his fathers’ cherry tree. Nor did he utter the famous words “I cannot tell a lie.” This story was invented by Mason Locke Weems and included in the 5th edition of his biography, The Life of George Washington, in 1806.  Weems had gone to great lengths to show that Washington’s public successes were the result of his private virtues, including honesty.  Kind of ironic, isn’t it?